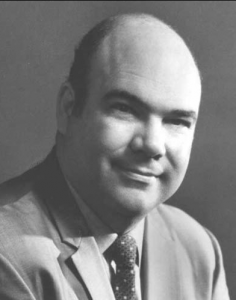 The California Association of Neurological Surgeons (CANS) was founded by members who were very concerned about the need for a state neurosurgical organization to address socioeconomic issues relevant to the practice of neurosurgery. Contacts had been established during the process of preparing the Relative Value Scale for reimbursement.  This led Dr. Byron Cone Pevehouse to propose the organization, and with the assistance of Dr. George Ablin, the association was incorporated on June 10, 1973. The “Founding” Meeting was held in Los Angeles on December 8, 1973 and 189 members were then enrolled in the initial phases of the development of the association.

As a consequence of this historical step taken by the founding members of CANS and demonstrated leadership of neurosurgery in the California medical community, the organization was already in place to rapidly respond to the malpractice crisis of 1975. This is when the American Mutual Insurance Company announced that they had ceased writing liability insurance for doctors in the Bay Area counties. This turmoil in insurance coverage readily expanded across the state and the Board of Directors responded promptly and effectively to the events that subsequently occurred. It has been the continued commitment of the Board of Directors to detail and expand on the various issues that impact the daily work of the neurological surgeons in the state.

Neurosurgeons practicing in California are under pressure regarding reimbursement for their services on several fronts. The widespread use of the Resource Based Relative Value Scale (RBRVS) and the Medicare Fee Schedule, frequently with discounts from even those low values, is steadily eroding the amount received for professional services.  HMOs and other insurers are squeezing with techniques such as arbitrary denial of claims, recoding, and use of unpublished fee schedules that would qualify as “black box” systems. CANS has several members who provide input to the Board of Directors on these and other issues that deal with your economic viability.

Various CANS Board members have been active over the years in what was the initial reason for founding CANS, that is, malpractice reform and the Medical Injury Compensation Reform Act (MICRA). Repeated attempts of the malpractice lawyers to try to change the current status of the malpractice laws in the legislature is well known. Selected members of CANS have been very active, together with the Board of Directors, in impeding these attempts primarily through authority at the CMA level and direct contact with legislators explaining our position. CANS officers have also been very active influencing legislation in Sacramento and in Washington D.C.

CANS remains very active in state and national politics through involvement in the American Association of Neurological Surgeons (AANS), American Board of Neurological Surgeons (ABNS), Congress of Neurological Surgeons (CNS), Council of State Neurosurgical Societies (CSNS), American College of Surgeons (ACS), American Medical Association (AMA), and the California Medical Association (CMA). Issues affecting the daily welfare of neurosurgical practices in California have been brought to the forefront by CANS’ representation on the governing boards of these organizations, our delegates to the Council of State Neurosurgical Societies and our intense involvement in committee work in each of these organizations. Defining Neurosurgery, investigating the impact of sub-specialization, bringing to active forum the issues of Neurosurgical workforce and taking socioeconomic issues out of the closet have been recognized strengths of CANS at national levels. CANS leadership was instrumental in creating the regional director positions on the AANS Board of Directors which are drawn from the CSNS quadrants and many CANS presidents have gone on to be elected to national positions such as AANS president, AANS vice president and to multiple CSNS officer positions.

Because of the vociferous and proactive nature of CANS leadership, especially by Dr. Philipp Lippe in the Workers’ Compensation arena, California neurosurgeons have had a voice to address issues that have a pivotal impact on daily practice. Over the years, CANS has established a level of trust and integrity with the Division of Workers’ Compensation which has resulted in an active forum with many opportunities for input, advice and interaction on various issues. These include guidelines on carpal tunnel syndrome, low back pain, neck pain, extremities and neuromusculoskeletal conditions, as well as other issues such as the Official Medical Fee Schedule, treatment guidelines and Qualified Medical Evaluator (QME) regulations.

Intensive work has been done by CANS leadership specifically by Dr. Thomas Hoyt, who performed a statewide survey of the emergency room policies of the various institutions as well as reimbursement for emergency department coverage. This data was updated in 2003 by Dr. Scott Lederhaus and is the most current regarding ED coverage reimbursement in California. This information, which is archived on the CANS Website in the Member Services section, allowed many CANS members to seek the appropriate reimbursement and change in policies in their hospitals regarding their role in emergency coverage.

The dedicated work of CANS leadership in addressing aspects of practice expenses and cost containment will permit California neurosurgeons to administer their practices more efficiently considering the impact of managed care and its effect on the bottom line. This issue continues to be addressed by NERVES (Neurosurgery Executives’ Resource Value and Education Society), the neurosurgical office manager organization that CANS strongly supported during its formation. Their Website at www.nervesadmin.com should be perused by all and joined by most of us.

CANS has consistently provided Continuing Medical Education credit through the scientific session of the Annual Meeting. There have also been many opportunities for members to attend courses in both Workers’ Compensation QME and Pain Management in conjunction with the Annual Meeting. Courses such as these provide opportunities for neurosurgeons to keep current on events that affect daily practices.

The CANS Newsletter, published monthly, attempts to keep the members informed of socioeconomic news as well as some scientific items both on the state level and the national level. The Editorial Committee encourages an interchange of ideas and hopes to advance the cause of neurological surgery. The Newsletter also accepts contributions regarding topics of interest and up-to-date pertinent information. The Newsletter periodically includes reports from various committees of CANS. The organization will publish Alerts! from the Editorial Committee to the membership as appropriate in addition to the monthly Newsletter. Your concerns and suggestions are always welcome.